My Revolution Is Better Than Yours

Subtle  search for the heritage of the revolution

In My Revolution Is Better Than Yours  Sanja Mitrovic investigates the heritage of the protests of 1968, basing herself on a wealth of archives material and testimonies, which give a new insight into the experience of those days, but also probe our loss of memory.

Starting from the sixties film Viva Maria!, with sex symbol Brigitte Bardot, Mitrovic creates a web of characters, ideas and explanations. In this way she realises a dialogue between the complexity of May '68 and our present reality. Are the activist ideas doomed to continue existing only in history books and hip marketing ? The performers show how the real attempt at revolution clashes with our romanticized image of it. They try to find out what a revolution really is – or what it could be.

Sanja Mitrovic was born in former Yugoslavia and emigrated to the Netherlands in 2001, where she works as theatre maker, performer, writer and teacher. In 2009 she founded Stand Up Tall Productions, a theatre and dance company that concentrates on socially and politically committed performing art. Thus the company, whose artistic director she still is today, wants to reflect the processes of change within the European society. Mitrovic is known for her documentary approach, which reacts to the topicality and the life stories of the performers on stage. The performances, which involve different communities, usually are the result of a process of discussion and creative exchange between the participants.

In recent years the work of Mitrovic has gained international recognition for its exploration of the relationship between theatre and our social, political and cultural reality. She was to be seen at a.o. Kunstenfestivaldesarts and the Wiener Festwochen, but just as well at prestigious festivals and stages in Switzerland, Portugal and France. From 2017 to 2019 Mitrovic is artist-in-residence at the Centre Dramatique National of Orléans.

“One scene packed more of a gut punch than anything seen recently on the Paris stage” –  Laura Cappelle, The New York Times

Sanja Mitrović
My Revolution Is Better Than Yours 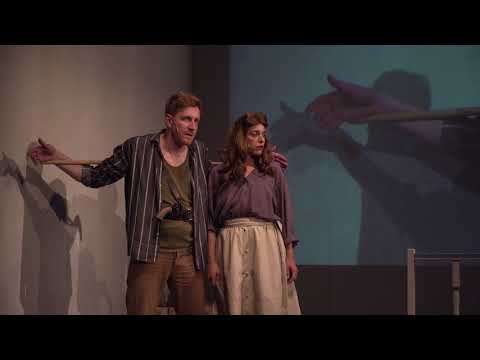