L'impasse, I am what I am

Actress Marijke Pinoy is alone on stage in a performance in which not a word is spoken, yet incredibly much is said. For L’impasse, I am what I am the French-German director Mikaël Serre confronts two very divergent sources of inspiration. L’insurrection qui vient (The coming revolution) is a political essay from 2007, written by a group of authors who call themselves the Comité Invisible (Invisible committee). The essay incites to fierce resistance against the reigning capitalism and especially in France it caused considerable commotion. Serre confronts it with Wunschkonzert by Franz Xaver Kroetz, a silent monologue from 1973 about our daily actions. The German author here stages a woman who hopes to get rid of the pressure and the alienation of society by killing herself. Both texts give evidence of their own period but brought together in one performance, they convincingly enter into a dialogue and a confrontation with each other.

Though Marijke Pinoy hasn’t got any text, she finds bold response in the live music of Sylvain Jacques and the video projections of Sébastien Dupouey. 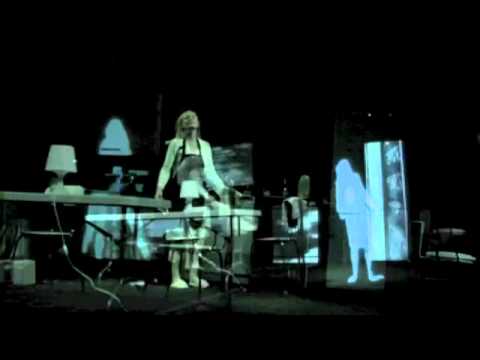