Heavens what have I done

“I love making”, says Miguel Gutierrez in the beginning of his performance Heavens what have I done, “even if I don’t earn any money with it.” This is typical of this performance. Dressed in shabby clothes and with grotesque make-up he manipulates paper and tape while he is sketching the creation process of the performance. Accompanied by the voice of Cecilia Bartoli Gutierrez’ funny and sometimes moving performance steadily grows from this rattled off monologue about everything that seems to enter his mind, and more. “Heavens what have I done began as an experiment in which I wanted to talk about a number of things, almost like stand-up comedy. I didn’t ask myself how I could make this into a coherent whole. This coherence came automatically, as soon as the piece had found its very own integrity”, says the performer.

Born in New York to Columbian parents, Miguel Gutierrez grew up in New Jersey. Since 2001 he has created his own work. Two years ago Gutierrez won a Bessie Award for his performance Last Meadow. 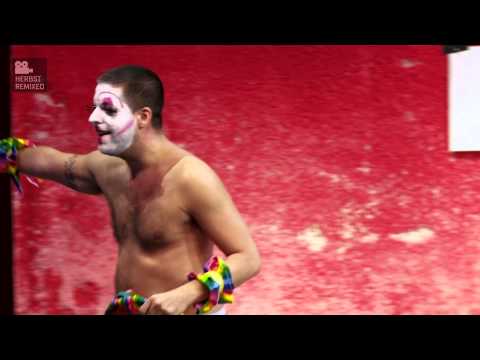