A brief history of hell

A brief history of hell is a comedy about art. At least, so it seems. In his satire author-producer Stef Lernous focuses on the darker sides of the process of creation and the art business. He dissects the head of the artist until nothing of it is left.

After a few pieces in which Abattoir explored the dark plastic theatre without words, it now creates a glaring white scene in which characters with brightly coloured faces render a load of text. Four actors (....) play artists, collectors, charlatans, connoisseurs, critics and amateurs. “There is a whole lot of talking, an insane chattering and disgusting laughter about bubbles with bubbles, about galleries, about obsession, about buying and selling, about perfectionism and the mania for collecting things, about sushi, about egos, about having, having, having, about being, about beauty, about sex and babies, about loneliness, about love, about paint, about pellicle and once in a while also about art and life.”

Never expect ‘classical’ theatre from the Mechelen Abattoir Fermé with characters that develop and carry a story. This company prefers walking a world of horror full of rituals and dark dreams but often a very aesthetic one. 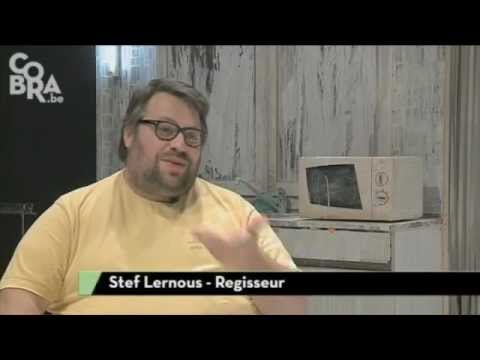